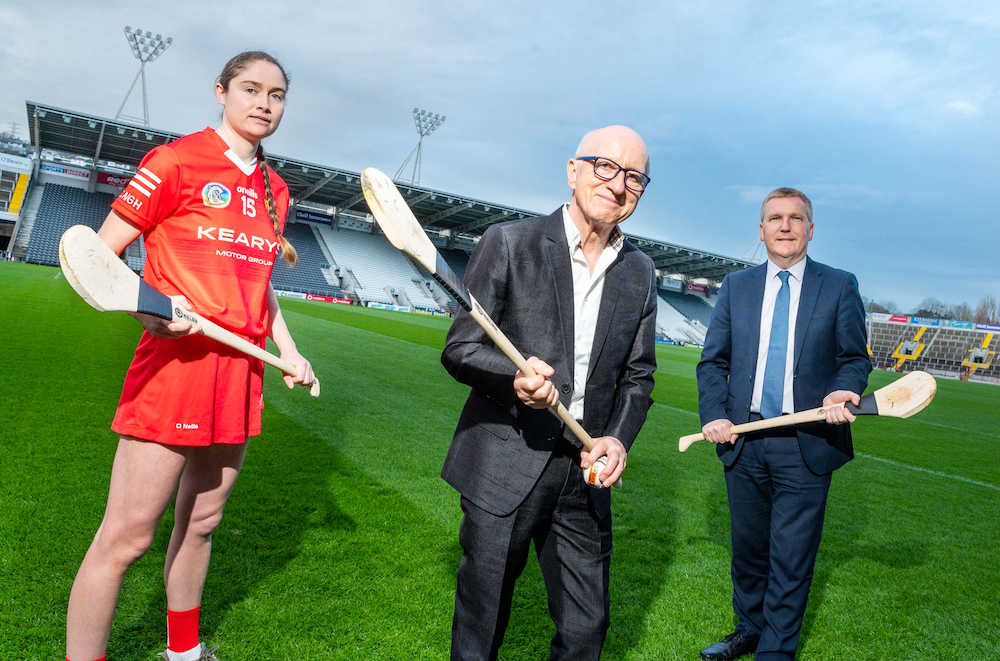 Cork, Monday 14th March, 2022 – CorkBIC today announces that it will host an all-Europe angel reunion at Páirc Uí Chaoimh, Cork, on 18th and 19th May in the presence of Michael McGrath TD, Minister for Public Expenditure and Reform. Business angels and super angels from across Europe will attend the European Business Angels Network (EBAN) Congress with the aim of increasing annual angel investment in Europe from €8BN to €10BN by 2025.

With a theme of ‘reconnect, reimagine, reinvest’, the congress – organised by CorkBIC, EBAN and the European Commission’s InvestEU Portal – will be a major networking event for Europe’s angel investors to share ideas, make connections and meet promising start-ups. Up to 350 business angels, investors and start-ups from 35 countries will attend the Congress, which marks the first time Europe’s business angels have gathered in-person in more than two years.

The two-day event – sponsored by Cork City Council, Cork County Council, EY Private and AIB Group – will host a series of speakers, including some of Europe’s most eminent investors and super angels. They include Dr. Hermann Hauser, founder of Acorn, and an investor and inventor with an Honorary CBE and KBE for his contributions to the UK’s enterprise, engineering and technology sectors. The venture capital firm he co-founded, Amadeus Capital, has invested in 180 companies. Peter Cowley, another super angel meanwhile, is the former president of EBAN and has invested in more than 76 companies.

Speakers at the Congress will provide insights on major angel investing trends, including impact investing and how to become angels of change; environmental, social and governance (ESG) funding routes; the power of accelerators for raising global finance; building for exits; and building a more diverse community.

The congress will mark a return of EBAN’s in-person annual awards ceremony, which was moved online in 2021 and 2020. The ceremony will be held at a gala dinner in Vertigo, Cork County Hall, on the evening of Wednesday 18th May and will recognise the start-ups, angel investors and networks that have made a significant impact on the angel investment community over the last year. Previous Irish winners of EBAN Awards include salon software company, Phorest; chipmaker DecaWave; the Halo Business Angel Network (HBAN); and CorkBIC as a Best Performing New EBAN Member.

Representing a major win for Ireland and Cork, CorkBIC won the competitive bid to host the Congress. The conference is expected to bring €250K to local businesses and hospitality providers over the two-day period.

The win also reflects the Southwest region’s contribution to angel funding in Ireland. Last year, of the €18.2M angel investment recorded by the Halo Business Angel Network (HBAN) on the island of Ireland, the southwest contributed €7.5M. HBAN’s Boole Investment Syndicate, located in Cork and focusing on investments in start-ups in the region, grew by 20% last year and has now invested more than €10M in 42 companies.

Michael McGrath TD, Minister for Expenditure and Public Reform, said: “Cork is continuing to raise the bar as a hub for entrepreneurialism, scaling and investment. Some of Ireland’s most promising start-ups and scale-ups are located here, along with some of the world’s largest enterprises. Helped by the tremendous work of CorkBIC, our region is now on the world map as a centre for innovation, making it well-placed to host an international event of this calibre and being a launching pad for the future of angel investment across Europe.”

Janne Jormalainen, President, European Business Angels Network, said: “This year’s congress is hugely significant for our members and Europe’s start-up ecosystem. A vital element of investing and fundraising is networking and as Europe’s largest angel network – consisting of more than 100 member angel networks and over 20,000 investors – we are very excited to be able to facilitate that on a large, international scale again.

“Last year, angels in our member organisations invested close to €8BN in start-ups. By reconnecting angel investors with Europe’s start-ups, this congress represents a new era of angel investment on our continent as we work towards reaching the €10BN milestone by 2025.”

Michael O’Connor, CEO, CorkBIC, said: “Angel investment has been steadily growing in the Southwest region, bringing opportunities to investors and start-ups alike. We are honoured to be putting Cork on the European stage as we reconnect the angel community and work together to increase angel investment across Europe. We look forward to welcoming business angels, investors and start-ups to the Congress and exchanging ideas on how angel investment can further economic growth.”

Keynote speakers at the conference will include:

About CorkBIC
CorkBIC is a private sector-led organisation, specifically set up to identify and build knowledge-intensive companies based on promising technology and capable innovative people. It plays a hands-on role helping entrepreneurs navigate the minefield of raising finance, sorting out business propositions, arranging agreements with shareholders and investors, and perhaps most important of all, finding customers. CorkBIC is a strategic partner with Enterprise Ireland.

About EBAN
EBAN is the pan-European representative for the early-stage investor gathering over 150 member organizations more than 50 countries today. Established in 1999 by a group of pioneer angel networks in Europe with the collaboration of the European Commission and EURADA, EBAN represents a sector estimated to invest €8 billion per year and playing a vital role in Europe’s future, notably in the funding of SMEs. EBAN fuels Europe’s growth through the creation of wealth and jobs.