Ben Dunlea, a recent UCC graduate and former Students’ Union President, has won the UCC 2021 Computer Science Entrepreneurship Award, Sponsored by CorkBIC, for a Carbon Footprint tracking app that encourages individuals to be more mindful of the impact that their lifestyles have on the planet. 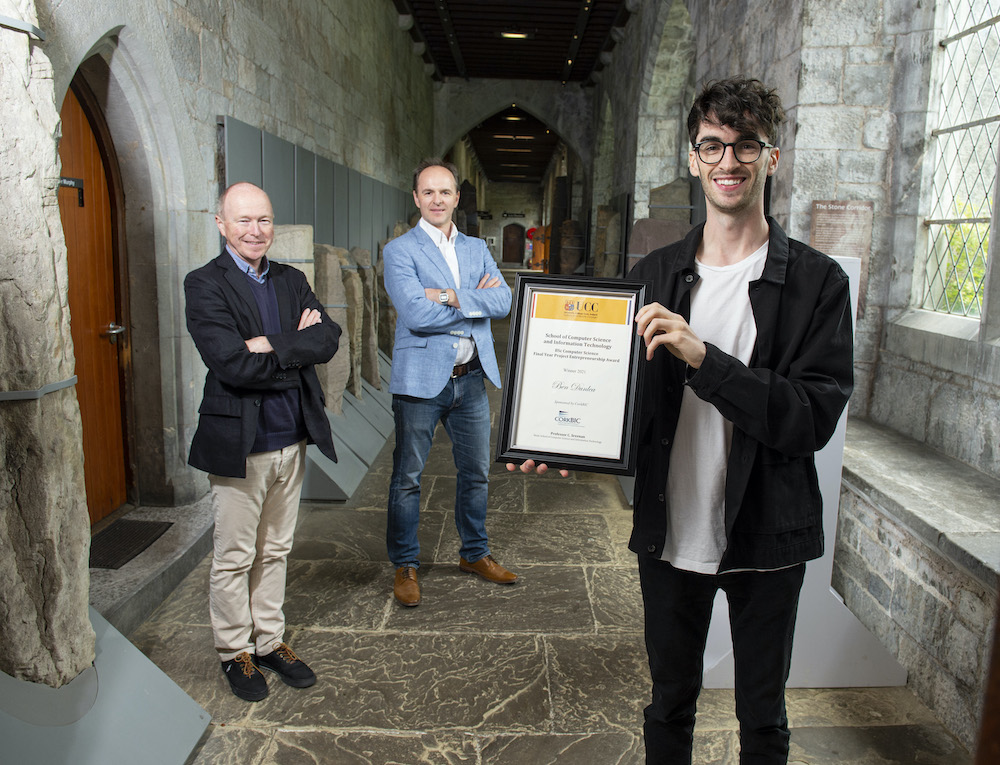 The app enables users to input data relating to their diet, methods of travel, and utility usage habits, which the app then uses to recommend ways in which the user can reduce their carbon footprint. Users can track progress they’ve made and see detailed data via their user insights.

Ben’s app also allows users to purchase carbon offsets to address the remaining footprint they have via a once-off payment or a monthly subscription. As carbon taxes increase, and plant-based foods become price competitive, the app will increasingly direct users to lifestyle changes that will help them both lower emissions and save money.

Ben continues to make updates on the app.

"Since the end of the college semester, I've continued work on my app in my own time as well as part of the Student Inc Accelerator Programme. The support of the 2021 UCC Computer Science Entrepreneurship Award and Student Inc is a reassuring vote of confidence in my idea, and I look forward to bringing it to market in the coming months."

The award, which is in its second year, was created to inspire entrepreneurship among UCC’s Computer Science final year  students.

Sponsor and COO of CorkBIC, Larry O’Donoghue expressed the importance of such an award.

“We are delighted to once again sponsor the UCC Computer Science Entrepreneurship Award in 2021. Being involved in this Award goes to the heart of what CorkBIC is about; building businesses based on promising technology and capable innovative people like Ben and his App. The competition was very strong and we look forward to seeing more Entrepreneurs emerge from UCC’s computer science students.”

“Ben’s app is a tangible demonstration of the technical skills and knowledge that he acquired during the BSc Computer Science degree. His selection by the panel is testament to his abilities and potential as a future entrepreneur. I would like to thank the judging panel for providing the students with an opportunity to present their ideas, the mentors for helping the students to prepare their presentations and a special thanks to CorkBIC for their continued support for this award.”

"I wish to offer my congratulations to Ben on recognition for what is an impressive, important, and innovative idea. His app is another tool in our battle against climate change, and as a University that prides ourselves on our commitment to sustainability, we are greatly encouraged to see our students and alumni rise to meet the environmental challenges facing the world. Anyone who witnessed Ben's work as Students' Union President will not be surprised at his latest act of leadership."