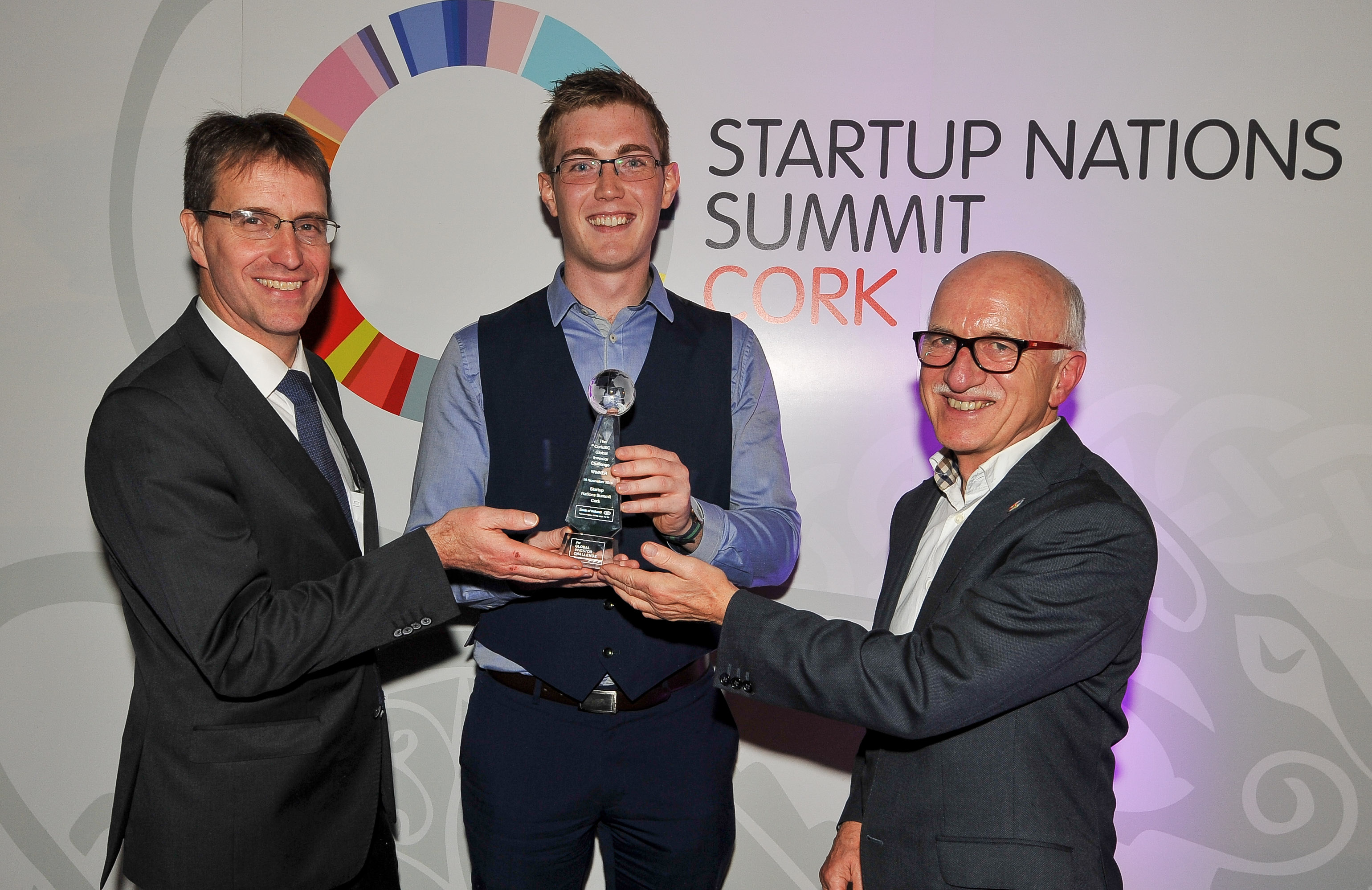 Skellig Surgical as been announced as the winner of the CorkBIC Global Investor Challenge, powered by Bank of Ireland, which is part of the Global Startup Gathering 2016 which took place in Cork over the weekend Nov 18 & 19.

The CorkBIC Global Investor Challenge provided both national and international startups with the opportunity to compete over a number of months for a massive €50K prize equipping them with the tools and money to enable them to grow and expand their business.

CorkBIC received 200+ applications including over 30 international applications. Following on from Regional Heats, 12 finalists had the opportunity to pitch at the CorkBIC Venture Academy® to an audience of selected Angel Investors, and members of Ireland's most successful Investment Syndicate; the Cork Boole Syndicate. They received useful advice and guidance on how to improve their investor proposition from seasoned Entrepreneurs before battling it out on Startup Island.

These 12 shortlisted Irish and international startups started the battle for the €50K prize on Startup Island, on Spike Island, on Friday and the final three finalists pitched at the Startup Nations Summit Gala Dinner in front of 450 of the most influential people in the global startup community.

Commenting after the award ceremony, David Merriman, Head of Enterprise Development at Bank of Ireland said: “With a strong track record in supporting enterprise activity, Bank of Ireland is delighted to be involved in this year’s GSG2016. The CorkBIC Global Investor Challenge has been a fantastic opportunity for startups across Ireland, not only to compete with their international counterparts for an invaluable prize, but to gain experience in honing and shaping their startup propositions.  On behalf of Bank of Ireland, I’d like to congratulate the overall winners Skellig Surgical on their very impressive pitch and I have no doubt we will all be hearing much more from them over the coming months as they work towards growing their business.”

Michael O’Connor, from CorkBIC said “We are delighted that Skellig Surgical has been awarded the €50k prizefund. They have fought off some incredible entrepreneurs to get to this stage and we look forward to working with them as they interntionalise and scale. CorkBIC is committed to building the next generation of entrepreneurs.”

The winning company, Skellig Surgical is an emerging medical device company focused on the design and commercialisation of user-centred, minimally-invasive technology and Conor O’Shea founder said after winning: “I am delighted to have won the CorkBIC Global Investor Challenge, which was powered by Bank of Ireland. This means everything to me because as a startup company now we have a runway to succeed.”

The €50,000 prize fund is broken down as follows; €10,000 cash investment from Bank of Ireland, Financial Services from KPMG, Business Planning Services from CorkBIC, two offices desks for one year from Startup Ireland and legal services from Ronan Daly Jermyn.