For Release 13th October 2011 - The CorkBIC Going International Conference took place today at the Grain Store in Ballymaloe, where over 130 delegates debated the merits of smart investment. Entrepreneurs were encouraged to seek global opportunities from the start and not just to concentrate on the domestic market.

Speaking at the Conference Candace Johnson told Entrepreneurs that “In order to go global today, entrepreneurs need to have a big vision, a large addressable market and combine that with creativity, communication, aligned smart investors and very very hard work!”.

Smart Investment enables a company to internationalise and develop whether this is with VC or Angel investment. The Conference focussed on collaboration, building relationships, smart investment and learning from the experiences of International Entrepreneurs like Bill Liao, Serial Entrepreneur and Investor, Candace Johnson, voted one of Europe's most powerful women by Time & Fortune, Liam Kelly, Founder and CEO of Nualight and new kid on the block James Whelton. 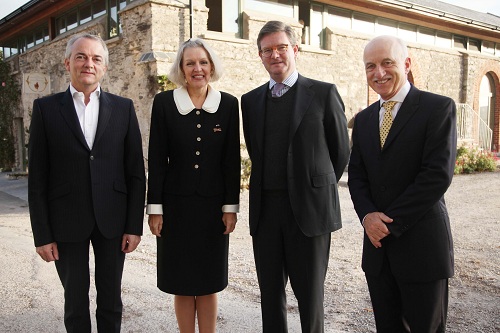 Also speaking at the conference was Julian King, British Ambassador to Ireland, who welcomed the initiative by CorkBIC and London Business School to explore opportunities between Irish and London Business Angels. They are exploring emerging opportunities between Irish business angels and London business angels around new investment deals. Increasingly, we have seen that the most successful exits for investors are with companies that operate on a global footprint from an early stage. The Ambassador identified that Ireland and the UK with its combined 70 million population was the home market for these new economy companies.