The Venture Acadmey® supported by AIB

The Venture Academy® supported by AIB took place between 15:30 and 16:30 in the afternoon of the Going International Conference on October 16th, in Fota Island Hotel and Resort. During the Venture Academy® 5 of Ireland's hottest start-ups and emerging entrepreneurs will present their Investment proposal to the audience.

The Venture Academy® chaired by Pete Smyth, was an energetic and inspiring session. We heard about some very interesting projects including medical technology for both humans and animals; password technology, an app for hair appointments and software to identify investor ready companies.

Each promoter got seven minutes to pitch their proposal and it was up to the audience to vote for the Most Investible Proposition and the One to watch for 2013/14. The voting was very close, testament to the fascinating pitches delivered. 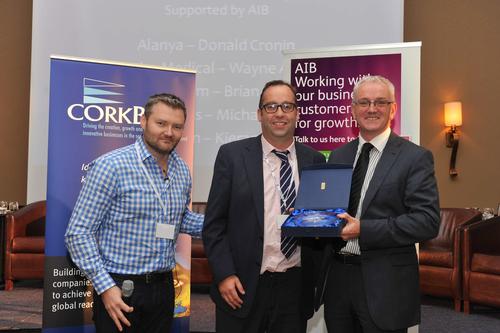 Padraig Lynch, Alanya being presented with Most Investible Proposition by John O'Doherty, AIB; also in the photo is Pete Smyth, Broadlake Capital who chaired the Venture Academy® supported by AIB 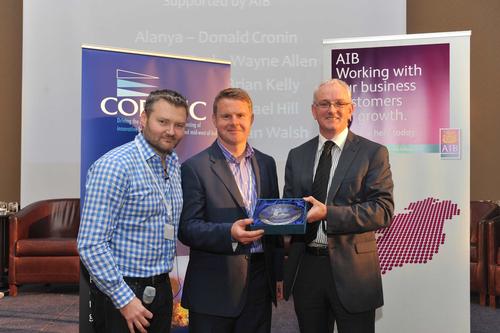 Wayne Allen, Embo Medical being presented with the 'One to Watch' by John O'Doherty, AIB; also in the photo is Pete Smyth, Broadlake Capital

Pete Smyth, CEO and founder of Broadlake Capital chaired the session, while the awards were presented by John O’Doherty, Regional Director, AIB Cork

the 5 companies that participated WERE:

WhatSalon - Kieran Walsh - www.whatsalon.com
WhatSalon is a new mobile app for iPhone and Android which allows you to book last-minute appointments in local hair and beauty salons at the touch of a button!