Keynote speakers included Candace Johnson, serial entrepreneur and investor; Kevin O’Leary, CEO, Qumas and Julian Costley, Heaton Camillo and co-founder E*TRADE who addressed key areas like getting investment, the mindset of the entrepreneur, preparing for exits and looking at the new rules of entrepreneurship.

One of key messages  for entrepreneurs is that the nearest exit may be behind you and entrepreneurs were being encouraged to execute quickly rather than over planning, a disruptive approach is the key – just get on a plane and go global – don’t over plan. Identify and act on your defining moments and key to raising smart investment is that investors don’t invest in a company they invest in a person who has a vision, passion, energy. Having a joined up economy encompassing all elements including, entrepreneurs, VC’s, Angel Investors, Banks, Agencies etc. is key to delivering the new economy. 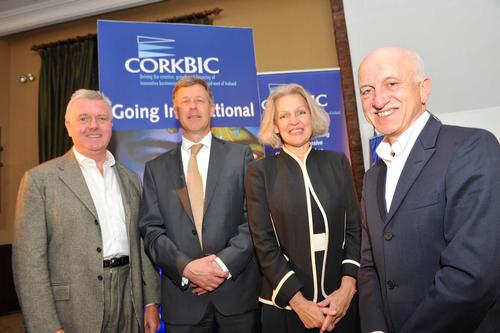 We also heard from Brendan O’Driscoll, founder of Soundwave who gave an energetic presentation on the rise of Soundwave since launch in June 2013. Soundwave allows users to see what music their friends or anyone in a given area of the world is listening to on their smart phone. Key to their success are their 5 entrepreneurship rules which are act fast, meet the people, use every resource available, no paid marketing and if you fail do it early and quickly!


The outcomes from the insightful panel discussions, at the Going International Conference, will form part of the morning session on entrepreneurship and innovation at the Global Cork Economic Forum on Thursday 17th October. These events are specifically focused on bringing International visitors and family home to join in meaningful discussions and gain a greater understanding of economic renewal and job creation opportunities specific to Cork County and City.


At the Going International Conference International Entrepreneurs, Business leaders and Investors will focus on Defining the New Paradigm in Entrepreneurship and Growth Capital. Key questions will be asked, discussed and debated including; Why do entrepreneurs continue to go back into the burning building? How can Companies GROW and SCALE successfully? How can a company use SMART Investment to harness Global opportunities?


Speaking at the launch Minister Simon Coveney TD commented that “Events like the Going International Conference are crucial in bringing International Entrepreneurs and leaders together for important discussions on Entrepreneurship, Innovation and Growth. In a week when Cork will be welcoming people home for Cork Rebel Week, our businesses and Entrepreneurs will be focussed on looking at new ways of business growth, job creation and ultimately economic renewal.” 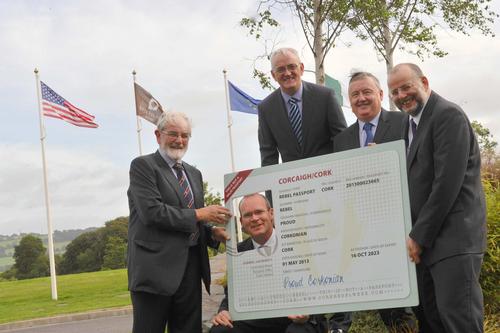