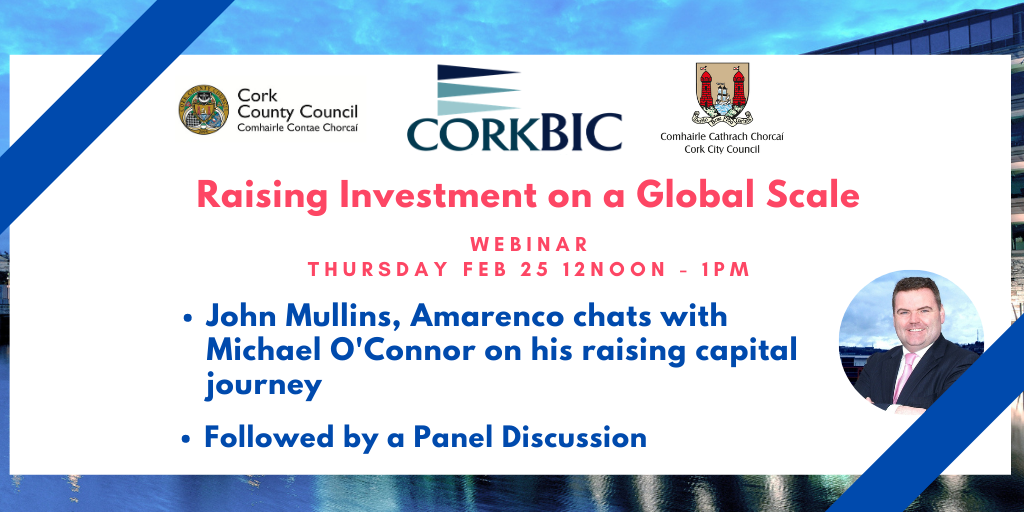 Raising Investment on a Global Scale

JOHN MULLINS is the Executive Chairman of Amarenco, a company established in 2013 to source, structure, finance and asset manage large scale solar PV plants across Europe. The company has built up a French portfolio of over 100MW in that period. They are active in the UK, France and Ireland. In November 2020 Amarenco raised €150 million which it says it will use to convert its current pipeline of mergers and acquisitions (M&As) into “value-generating assets” in its international hubs. Amarenco started a capital raising process at the beginning of the year to secure a total investment capacity of €3 billion to fund its growth in Europe, Asia Pacific and the Middle East markets whilst maintaining its status as an independent, founder-led company. 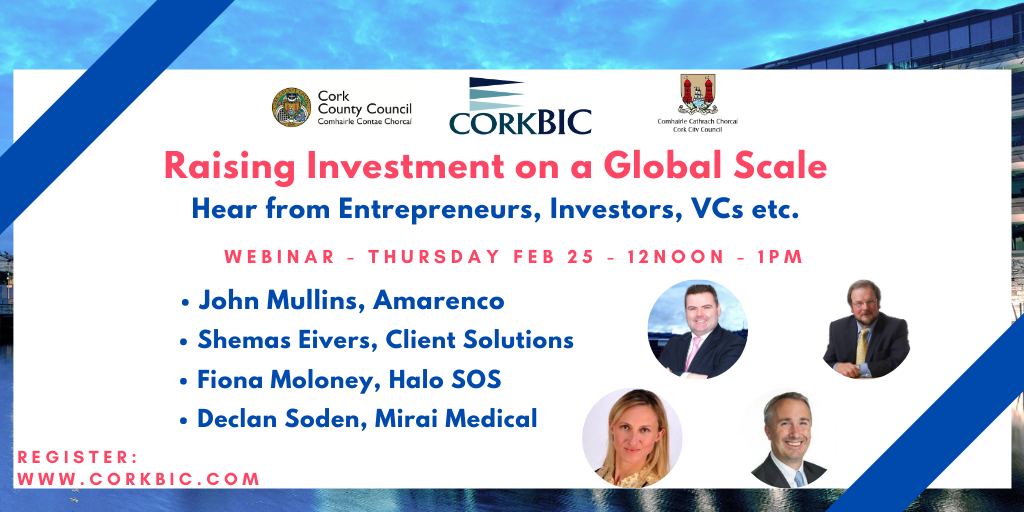 Shemas Eivers is an experienced IT Services professional who has been an owner manager of several companies since founding one of the early PC services companies in Ireland upon leaving college and is currently Chairman of Client Solutions Ltd., a company he co-founded with Teddy McCarthy and which was re-acquired in an MBO deal from TechData in 2018. Shemas leads the Boole Investment Syndicate in Cork

Fiona Moloney, Co-founder, HaloSOS, has been involved in sales and marketing for companies ranging in size from global brands to local niche entrepreneurial operations. An experienced business developer and account director her experience covers technology sales to some of the world’s largest companies helping to fulfill technology solutions in highly regulated industries to multi-nationals during the telecoms boom including mobile operators and security companies.

Declan Soden is CEO and founder of Mirai Medical. He has spent over 20 years working in cancer research driving medical device and immunotherapy research. Working initially with Dr. L. M. Mir, of the French National Scientific Research Centre at the Gustave Roussy Institute in Paris as part of the ESOPE clinical electroporation trial, Dr Soden has published extensively on electroporation and its development.